Someone experiencing abuse by a household member can seek protection through the Family Court by filing a Petition for an Order for Protection. The petition can be filed on behalf of the petitioner and/or on behalf of a household member; usually the household member is a child. If the petition sufficiently alleges physical abuse or extreme psychological abuse, the Family Court will issue a Temporary Restraining Order (TRO). The court will also schedule a hearing to occur within fifteen (15) days of the filing date of the petition. At the hearing, the burden is on the petitioner to prove that she/he has been abused by the respondent. Each side can present exhibits and witnesses, and a typical hearing lasts thirty minutes to two (2) hours. If the parties need more time to present their case, then the court can continue the hearing or set the case for a later trial.

Unfortunately, many people use the restraining order process as a weapon to obtain custody in a divorce or paternity matter. Hawaii Revised Statutes Section 571-46(a)(9) provides a presumption against custody if a parent is found to have committed “family violence.” If the Family Court issues an Order for Protection, the judge has also found that family violence has been committed by the respondent. While the presumption is “rebuttable,” an Order for Protection makes fighting for custody an uphill battle.

Whether you are seeking protection from an abusive partner or defending against a wrongfully filed petition, the stakes are high, and you should have legal representation. Farrell & Perrault attorneys are some of Hawaii’s most experienced lawyers representing both petitioners and respondents in TRO proceedings.

I’ve been abused. What should I do?

The first thing to do is to call the police. The police will usually arrest the perpetrator, and will issue a twenty-four-hour stay-away order. This order is intended to give the victim time to obtain a Temporary Restraining Order from the court. The next step is to contact the Adult Services Branch of the Family Court (538-5959) to schedule an appointment to file a petition and request for TRO. The TRO prevents the abuser from having contact with the victim, and from coming near the victim’s place of residence or employment. It also provides for temporary custody of children. If there is a reasonable possibility that the abuser may ignore the order, consider moving temporarily to a safe place, or shelter (call 841-0822 for information on domestic violence shelters). Remember that once a restraining order is issued, you are not permitted to have any contact with the abuser. Obviously, this can make it very difficult to negotiate a divorce agreement or have an uncontested divorce.

I’ve been served with a restraining order. What now?

The most important thing is to read it carefully and not violate it. DO NOT CONTACT THE PETITIONER. Any violation of the restraining order can subject you to immediate arrest and a criminal prosecution—even if the restraining order itself is later dissolved. Generally, these orders provide for a one-time visit to the residence, with police escort, to pick up clothing and personal effects. Other than that, stay away and seek the assistance of an attorney. A hearing will be held in about ten days. At that time, the court will decide whether to dissolve or continue the restraining order.

I’ve been charged with abuse of a family member. What now?

Remain calm, and do not argue with or resist the police. You should cooperate by providing basic information such as your address, phone, age, etc. However, do not make any statements to the police about the incident or try to “talk them out of” making the arrest. If you are injured, tell the police and ask for medical assistance and that photos of your injuries be taken. Post bail (typically, $1,000 in cash), and then retain an attorney immediately. If you are arraigned before you can post bail, enter a plea of “not guilty” and request a jury trial.

I’ve been reported to Child Welfare Services. What now?

Remain calm. Understand that CWS is legally authorized to question your child outside of your presence and without your permission, and also to have the child examined by a medical professional. CWS is also authorized to place your child in temporary foster custody. Generally speaking, it is a bad idea to submit to an interview by CWS and an even worse idea to sign a voluntary services agreement without first consulting with an attorney. Although it can be expensive, hiring an attorney at the very outset may save you much heartache and even more in attorney’s fees down the road. 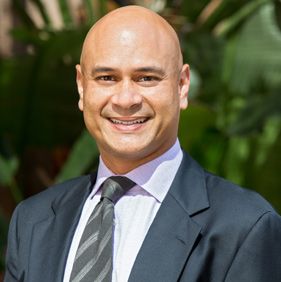 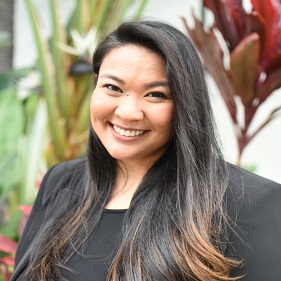 808.535.8468
OPEN AND READY TO HELP!
Farrell & Perrault is open and fully staffed and taking new cases! We are following the State and Family Court social distancing guidelines to ensure the safety of our clients. Call us at (808) 535-8468 for a FREE CONSULT.